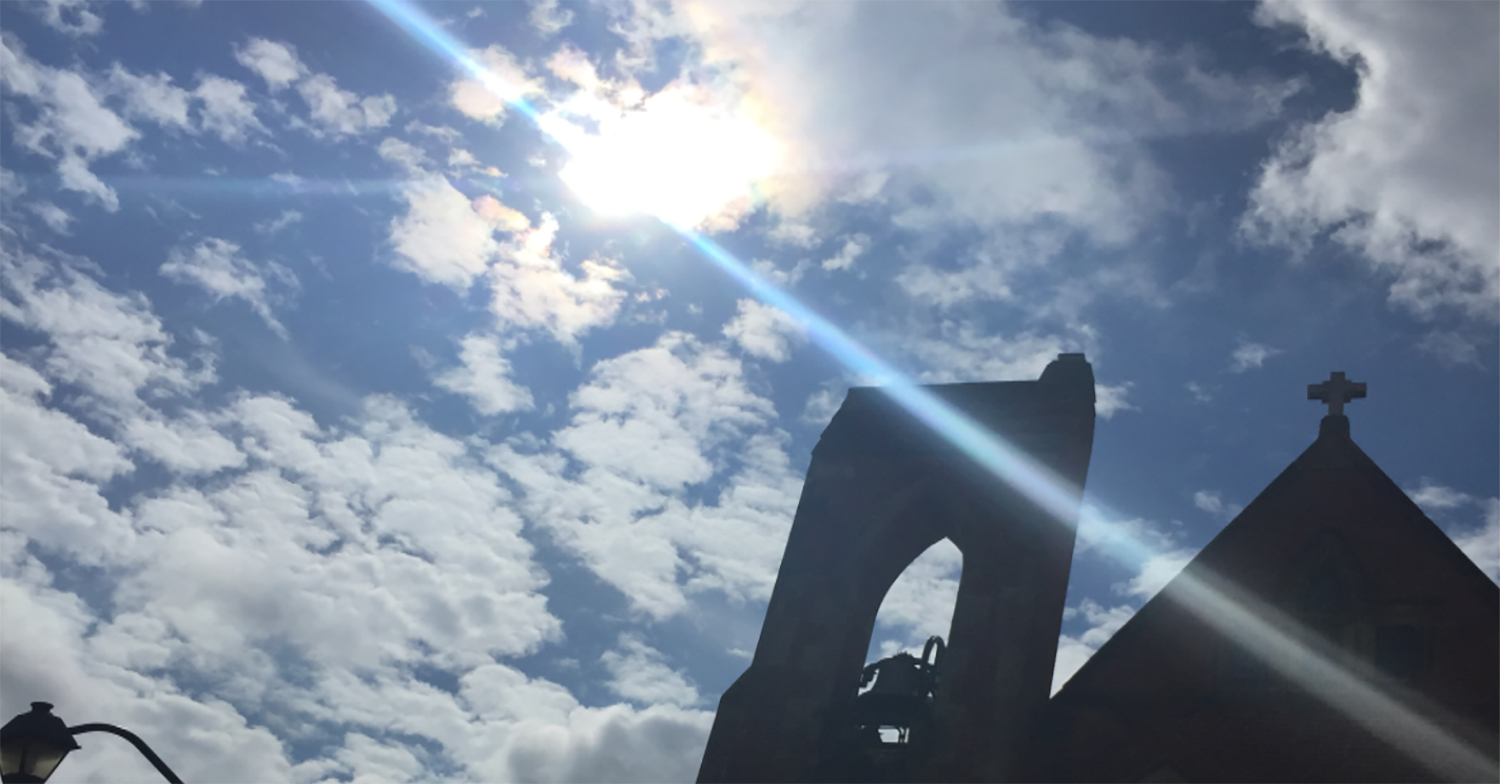 The moment the bell was put back in place, the sun broke through the clouds and a bright beam of light shone upon Holy Trinity church, Simcoe. The 800-pound bronze bell was cast at the Meneely Bell Foundry in West Troy, N.Y., in 1893.

On Maundy Thursday morning the general contractor and the specialists from the Verdin bell company (Woodstock) arrived to reinstall a historic church bell at Trinity Anglican Church in Simcoe.

The weather was dank and windy with occasional drizzle. Undeterred, the four gentlemen got on with their weighty (800lb) task under the watchful gaze of a churchwarden and passersby.

After careful planning and some very careful manoeuvres the bell was finally put back in place. At that very moment, as if in a numinous response, the sun broke through the clouds and a bright beam of light shone upon the church. Awesome!

Just prior to the reinstallation the bell was blessed and christened with the name ‘Victor’ as a reference to the victory of Christ at Easter (it being Holy Week).

The bell now has an electronic striking system rather than a bell rope. This means that the bell can be programmed to ring in different ways for different occasions. The system also has an integral clock so that the bell will ring at designated times before service.

It was a blessing to hear it ring on Easter Morning! I even have a remote control! We are most thankful to the generous donor for helping this project happen.