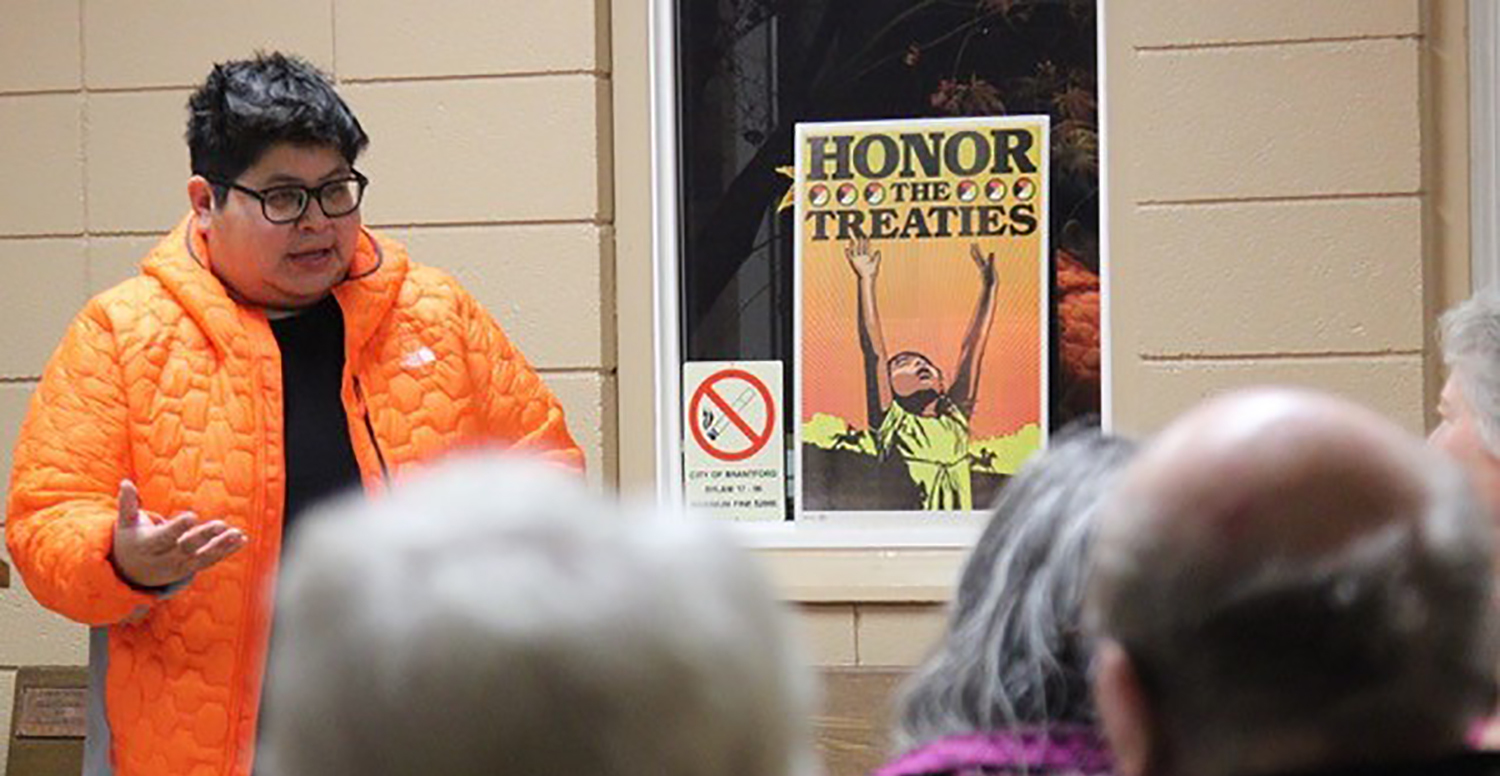 Our purpose as Reconciling Circle is to provide opportunities for shared learning and for building bridges of relationship that promote respect and reconciliation between Indigenous and non-Indigenous peoples with particular focus on Treaties Recognition Week.

Treaties Recognition Week is probably one of the best kept secrets in Ontario.

Back in 2016, the Provincial Government enacted legislation designating the first full week in November as Treaties Recognition Week. Its purpose is to honour the importance of treaties and to help students and residents of Ontario learn more about treaty rights and relationships.

The ‘Reconciling Circle’ is an ecumenical group from Brantford, Hamilton and Cambridge seeking to respond to TRC Call to Action #59 in our local context.

We call upon church parties to the Settlement Agreement to develop ongoing education strategies to ensure that their respective congregations learn about their church’s role in colonization, the history and legacy of Residential Schools, and why apologies to former Residential School Students, their families, and communities were necessary.

The Circle also heeds the call of the former Primate’s Commission on Discovery, Reconciliation and Justice to ‘join together in a common movement to foster and contribute to reconciliation’ through the practices of prayer, learning, building relationship and taking action. Its aim is to raise awareness amongst non-Indigenous people of issues facing Indigenous communities through education and constructive dialogue. 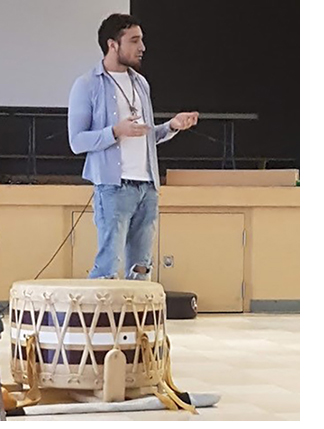 The Circle’s ultimate goal is to build a framework for reconciliation through understanding and valuing aspects of our respective cultures. Its focus is on developing and promoting initiatives during Treaties Recognition Week.

This year, the Circle collaborated with Music for the Spirit to host ‘Resurgence’, a public forum at the Community Hall at Ohsweken, Six Nations of the Grand River, on Sunday November 3. Music for the Spirit is a youth led community initiative coordinated by Richelle Miller (MFTS). It is a holistic arts and culture programming which involves traditional teachings, social dance and contemporary meaning-making through music and the visual arts.

Accompanying Music for the Spirit was Archbishop Mark MacDonald who spoke on the importance of indigenous spirituality as a means of restoring indigenous identity.  Refreshments followed, including delicious corn soup. On Tuesday November 5, St John’s Lutheran Church in Hamilton hosted the Kairos Blanket Exercise.

The following evening, the Reconciling Circle collaborated with a Brantford-based group Friends and Neighbours of Save the Evidence Campaign to host a public lecture at Wilfred Laurier University by Dr. David MacDonald on his recent book, The sleeping giant awakens: genocide, Indian residential schools and the challenge of conciliation. Faith Lutheran and St. Mark’s, Brantford, co-hosted a screening of the documentary recently released by the national Church, ‘Doctrine of discovery: stolen lands, strong hearts’ on Thursday November 7. Rev. Rosalyn Elm, the Diocese’s recently appointed part-time Animator for Reconciliation and Indigenous Ministry facilitated a lively and insightful discussion afterwards. St. John’s Lutheran in Hamilton also screened the documentary the following evening. The Circle is especially grateful for the ways in which these events are helping us move beyond learning about relations. By God’s grace, bridges of relationship are forming evidenced by the increasing numbers of indigenous sisters and brothers participating in the initiatives.

We often hear that when it comes to reconciliation, non-indigenous and indigenous folk don’t know where to start. Whilst Treaties Recognition Week continues to travel under the radar for many in this province, it does provide an opportunity for each of us to learn more about the various treaties, and the rights and responsibilities contained therein. It can be an early step in understanding and appreciating that we are all treaty people, called to walk together.

Ven. Tim Dobbin is the Archdeacon of Brant/Norfolk and rector at St. Mark’s, Brantford