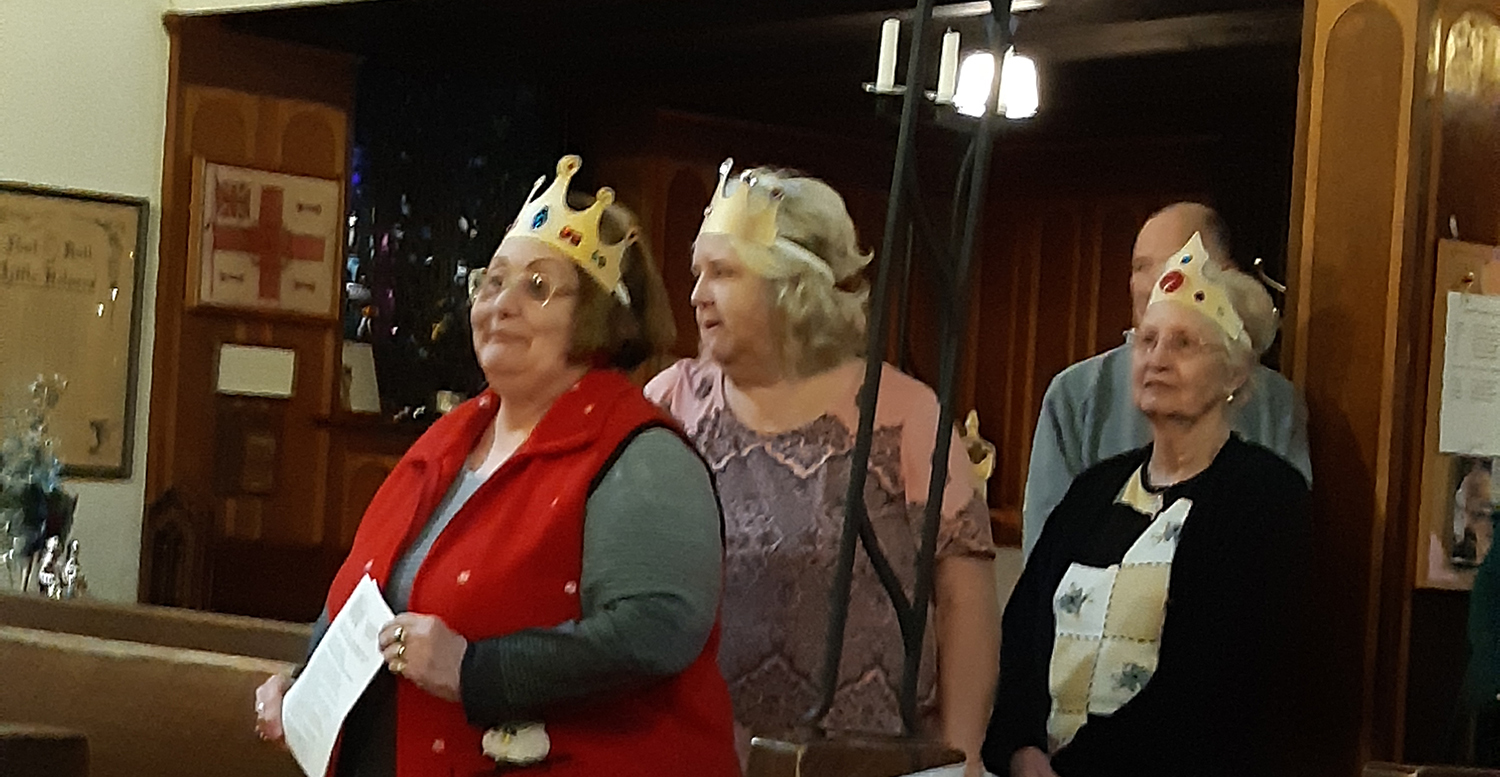 By Sandra Menard and Terry Hall

During this year, Christ Church, Amherstburg, will be celebrating 200 years of continuous worship.

The church in Amherstburg began its 200th anniversary celebration by having an Epiphany Party on Sunday, January 6. A delicious pot luck was enjoyed by everyone in the church hall. An epiphany cake was shared.

Three wise ones were chosen by the gifts found in the cake: Joan Browning, Vivian McManemy and Michelle Wilson. Wearing crowns, they led the congregation up into the church for singing of hymns. This is just the beginning of many events planned for the church during 2019.

The church was built by the Rev. Richard Pollard as one of four sister churches opened sequentially: Christ Church Amherstburg (1819), St. John’s Sandwich (1820), St. Paul’s Chatham (1820) and Christ Church Colchester (1821). The Amhestburg church was finished first, having been built by the British Army engineers as a garrison church for Fort Malden.

Pollard was a missionary clergyman who conducted lay services in Detroit from 1792 and from 1796 at the government building in Sandwich as well as the Indian Council House at the Fort. His sponsor was the Society for the Preservation of the Gospel in Foreign Parts (SPG). When ordained a deacon in 1802 (priested 1804), he formed two congregations at Sandwich and Amherstburg, each having 250 parishioners, 1500 in the surrounding area, with an annual visit of 5,000 aboriginals. In 1807, he built a log structure as an early church in Sandwich. In 1815, after the War of 1812, in which Pollard had been a prisoner-of-war, he returned to the area he found the churches at Sandwich and the Indian Council House burned down. Hence his efforts to erect the four churches with SPG assistance.

Although several rebuilt churches have made the claim, Christ Church Amherstburg, as original, is the oldest continuously used church in Ontario and the oldest military church in Canada. Pollard’s history and correspondence are available at the Diocesan Archives.