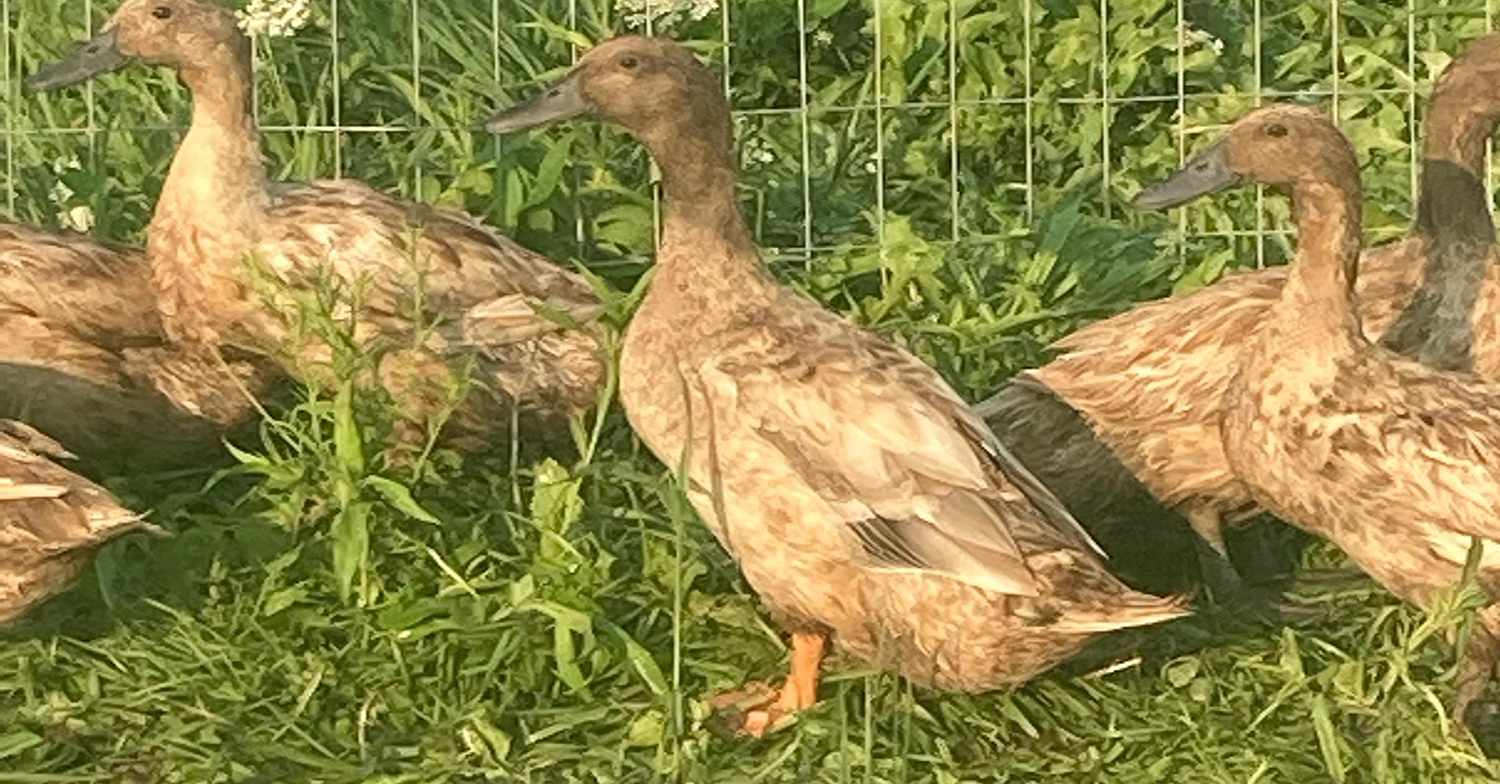 We are all part of one body, so for a healthy mind, body, and soul we are required to love ourselves and others as a whole picture.

As a nature nut and environmental enthusiast, but especially as a farmer, I’ve realized that God has so much to teach us through Creation.

This past year, God has had a lot to teach me about gender in nature. I have had a flock of ducks for two years now.

Last year I started with 22. I bought 20 female ducks for egg production and the farmer I bought them from threw in two extra that happened to get caught alongside the others.

One of the extras had a short neck whom we affectionately named Tiny Tina. The other, however, was a male that my husband named Bruce (after Bruce Springsteen). But, last year I didn’t learn nearly as much as I did this year despite starting off with 100 female ducks.

This past summer one of my summer co-op students noticed that one of our Khaki Campbell ducks had orange feet instead of the usual brown. She had been dubbed Willow (very few of them actually get named because they mostly look the same).

About halfway through the summer the ducks began to molt, and I didn’t think much of it, at least until the feather at the tip of Willow’s tail began to curl (generally a sign of being male) and a male colour pattern began to form. I put a query out to the duck groups I belong to on Facebook. At first I thought maybe the nice fellow who sold them to me pulled a fast one on me but shortly an answer came. Female ducks can become male ducks! It’s true!

You see, with humans a female has two of the same chromosomes (XX) while a male has two different chromosomes (XY). With ducks this is reversed (with different letters) and so while one ovary produces one letter, the other ovary makes the other. If something happens (through disease or genetics) to the ovary producing female hormones, only the male hormone is produced and thus the female becomes male.

Through this gender switch, Willow became Willie. He adopted a small harem and enjoyed every moment of chasing the female ducks around all summer. I even found a fertilized egg so the metamorphosis was complete. But then came autumn and poor Willie had to endure some more adjustments.

God’s design is flawless - remember this. Male ducks lose their male body part over the winter - sort of. This happens for a reason. If Willie had it his way, he would continue to be fruitful and multiply all year through but because ducklings wouldn’t survive being born in the winter (without human intervention), God designed male ducks in a way that doesn’t allow them to procreate during this brutal season. How cool is God’s Creation!?!

This gender fluidity isn’t specific to ducks either. Some creatures are able to change gender for whatever reason and some are able to procreate without a partner!

Take frogs for example: certain breeds of frogs can change gender if there are too many females - some become male. Sharks, starfish, and certain lizards and insects don’t need a partner to make babies - this is called parthenogenesis. Although parthenogenesis explains a virgin birth, humans and mammals are not capable of this, requiring the other half of their DNA to exist. So, the virgin birth still remains a mystery and a miracle.

What is not a mystery is God’s call for us to love one another no matter who they are - to see the face of Christ in everyone. If a young woman is capable of saying “yes” to bearing God’s son even though life could have turned out very differently for her, then we can put in a little more effort to know all of God’s people and God’s Creation.

Everything is intricately linked, whether we can see it or not, as one giant tapestry. We are all part of one body, so for a healthy mind, body, and soul we are required to love ourselves and others as a whole picture.

(Photo: Willow/Willie the Khaki Campbell duck that changed gender. Only the males tend to have orange feet.)