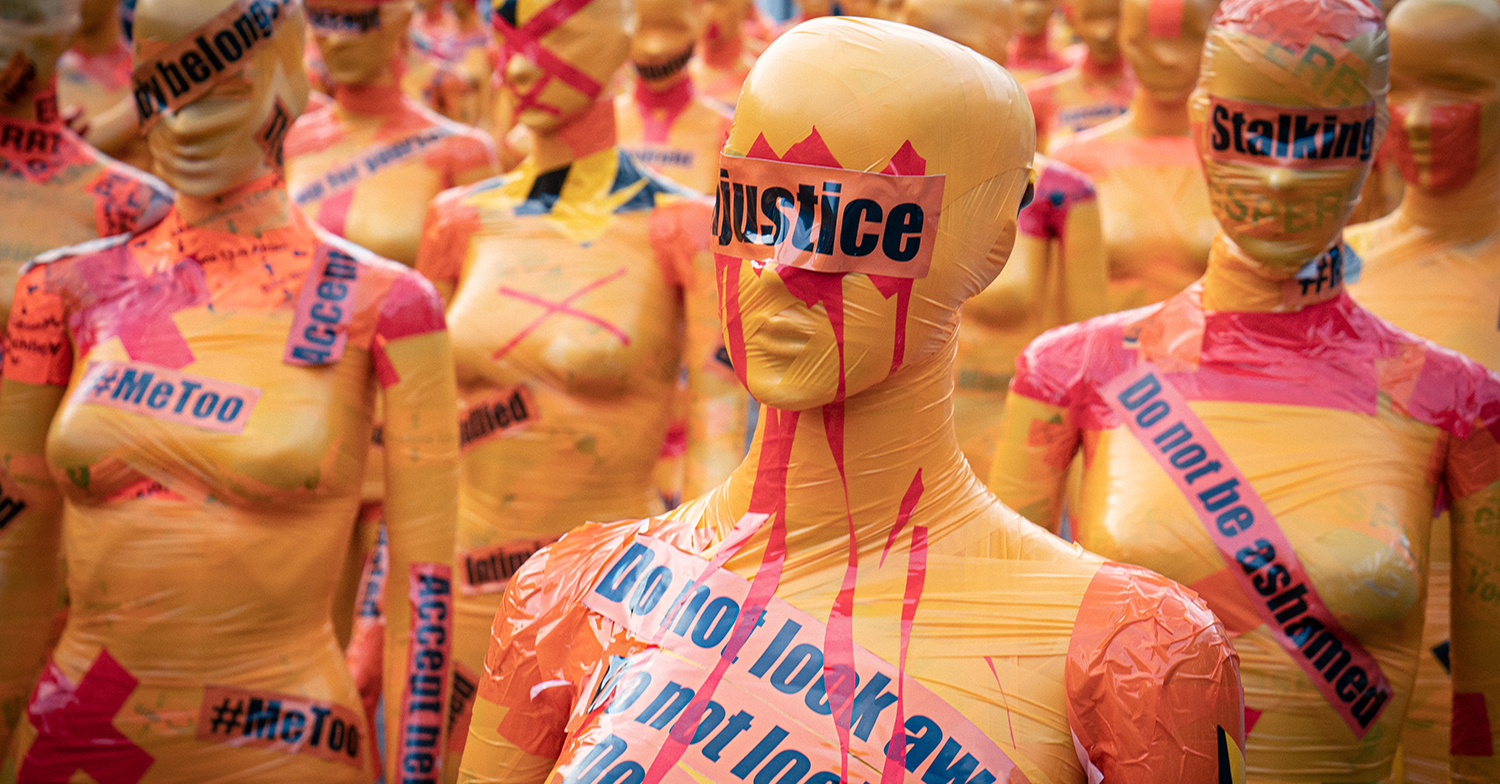 April is Sexual Assault Awareness Month. Across Canada and around the world, we mark with sadness the prevalence of sexual assault, and try to work towards healing as well as prevention.

Over the decades since I was ordained, I have spent many hours sitting with the survivors of sexual assault. Often it is years before they are able to really tell their story. As a priest/university chaplain/archdeacon, I must navigate between listening and offering support, while having a duty at times to report to other authorities, especially when there is a chance the perpetrator is still actively causing harm to others. Reporting comes with its own issues, due to institutional processes that are not always supportive or helpful to survivors. But this is especially tricky because what is needed most in the aftermath of a sexual assault is personal agency. Someone who has had their control of a situation removed, needs to reclaim their ability to choose and affect change. They need to be able to decide and help determine the next steps. Sexual assault happens to all kinds of people from all walks of life. It is not the result of what you wore, or how you appeared, or where you were when it happened. Healing will look very different for individuals based on their personal context.

There has been a lot of work done on campus and in society in recent years, especially in light of the #MeToo movement. Sexual assault is no longer as hidden, and we emphasize the importance of consent (check out the cup of tea analogy that made the rounds on the internet and social media https://www.youtube.com/watch?v=pZwvrxVavnQ&ab_channel=ThamesValleyPolice) A slogan I frequently see and hear on campus is “Enthusiastic consent is sexy” – and it is!

But we live in a culture that has long equated seduction with persuading someone against their better judgement, which does not encourage open dialogue about consent. Add to that the impact of easy access to hard-core pornography, unquestioned assumptions about who can determine what sex acts are involved, as well as issues of gender stereotyping, and you begin to see how deep the problem can become. The focus on consent has been primarily verbal, ignoring power dynamics and the reality that a verbal ‘yes’ may also be coerced.

The church often doesn’t help. As I listen to survivors, I am aware of the problematic and prevalent use of purity in the Christian tradition. If you have been sexually assaulted, especially given our cultural association of that with shame, how do you reclaim purity? Paul’s statement in 1 Corinthians, that “whoever is united to a prostitute becomes one body with her” was meant to curb the behaviour of the men who were involved as users. It was never intended to be applied to those who have been sexually assaulted, nor to suggest they cannot move beyond that experience. (Interestingly, Paul does seem to be aware of the dangers of power and sexual abuse, but that’s a whole other article!)

We need a more complex conversation in the church, about sex and sexual assault, as well as about sexuality and gender. That is partly why I am a member of Proud Anglicans Huron. Human attraction and desire do not easily fit into tidy boxes or neat rules. Jesus has almost nothing to say about sex (never mind sexuality or gender identity!) But he has a lot to say about what it means to love G-d as well as loving other people. We have centuries of Christian reflection about what it means to be someone who tries to live out the commandment to love. We have the resources for a more complicated conversation, one that allows silenced voices to be heard and healing to take place. For instance, there are ways to retell the story of the woman caught in adultery or the woman at the well, where we could reflect that Jesus sees the fullness of what is going on, including the possibility of sexual assault, and sets individuals free to truly live. We could talk about the truth that we are defined not by what has happened to us, but by our identity as the child of G-d. That would have an impact broadly, with ripples of healing for those who have been hurt.

The story of Jesus begins with the story of Mary, his mother. There is an old tradition that when Gabriel was sent to speak with Mary, all of heaven held its breath until she said “Yes”. The story of our salvation rests on a story of consent, not coercion. In Christ we are set free. Let us claim that freedom, and begin a more complicated conversation about sex and sexual assault, one that prioritizes survivors and their voices.

Megan Collings-Moore (she/her/hers) is a clergy representative on Proud Anglicans of Huron. She is the Archdeacon of Waterloo and Chaplain at Renison University College.