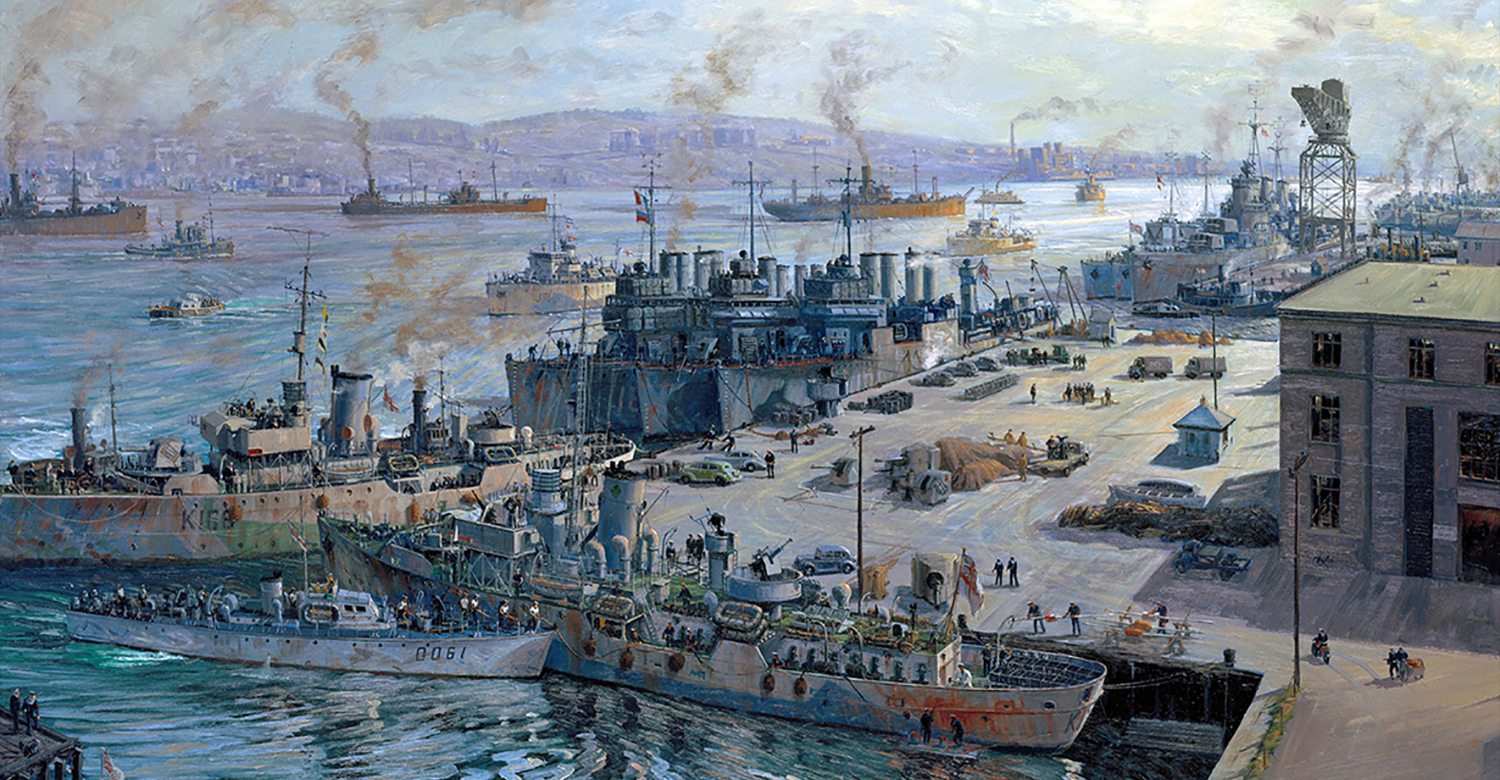 Normally around the 6th of May, we at the Church of the Ascension Windsor, have a Eucharistic service to honor those who served in the Battle of the Atlantic.

The Naval veterans that attended marched into the church behind a color guard. Following the service, all were invited to the church hall where the ACW put on a “thank you” luncheon for our remaining veterans.

Each year the number of these brave men and women declines. Unfortunately, last year and, I am sorry to say, most likely this year, we will be unable to gather in the numbers we would require. Would it be safe for them is the bigger question.

The war began September 3, 1939 when the liner S S Athena was sunk by a submarine [U-3]. The Germans had resumed an unrestricted campaign against the Allied shipping. Immediately convoys were instituted and the first sailed from Halifax with an escort on September 16th. Destroyers protected the convoy from submarines. Once out to sea, larger vessels arrived to shield the convoy from danger.

The function of the convoy system was the safe and timely arrival of ships and avoidance of the enemy.

It was difficult to locate and destroy German U-boats. In late summer of 1940, the U-boats began “pack attacks” on Allied convoys on the high seas. The U-boats attacked on the surface at night, and submerines to escape Allied forces.

The pack attacks continued, and in the spring of 1941, the British pushed the anti-submarine escort of transatlantic convoys south of Iceland leaving a gap. In May of 1941, the British asked for anti-submarine escorts for convoys. As a result, the Newfoundland Escort Force [NEF] was born, and with it the Royal Canadian Navy's war on U-boats. The keys to affective trade were evasive routing based on good intelligence and the British battle fleet that sank the Bismarck.

It was a great tool when asdic, also known as sonar, came into effect. Its pinging sound located the U-boats allowing depth charges to be used. In 1942 U-boats were probing the United Sates’ coastline. American unpreparedness left Allied shipping unguarded, tripling the losses. At that time the U.S. entered the war.

January 6, 1943 the Canadian cabinet agreed to temporarily withdraw Canadian mid-ocean escorts due to the Royal Canadian Navy being on the brink of collapse.

1944 was the best year for anti- submarine warfare.

The Canadian Navy was second to none in locating and sinking submarines. The RCN destroyed 33 enemy submarines during the war. In the end, 1,000 U-boats were sunk by the Allies between 1939 and 1945, 500 claimed by naval vessels, and they safely escorted 25,000 ships across the Atlantic under Canadian escort.

How blessed we were to be protected by these brave men. A huge thank you to those who served and gave the supreme sacrifice to keep us safe.

May God grant you His love and protection now and in the future.

(Featured photo: Halifax - The Spring Board, by John Horton (detail))