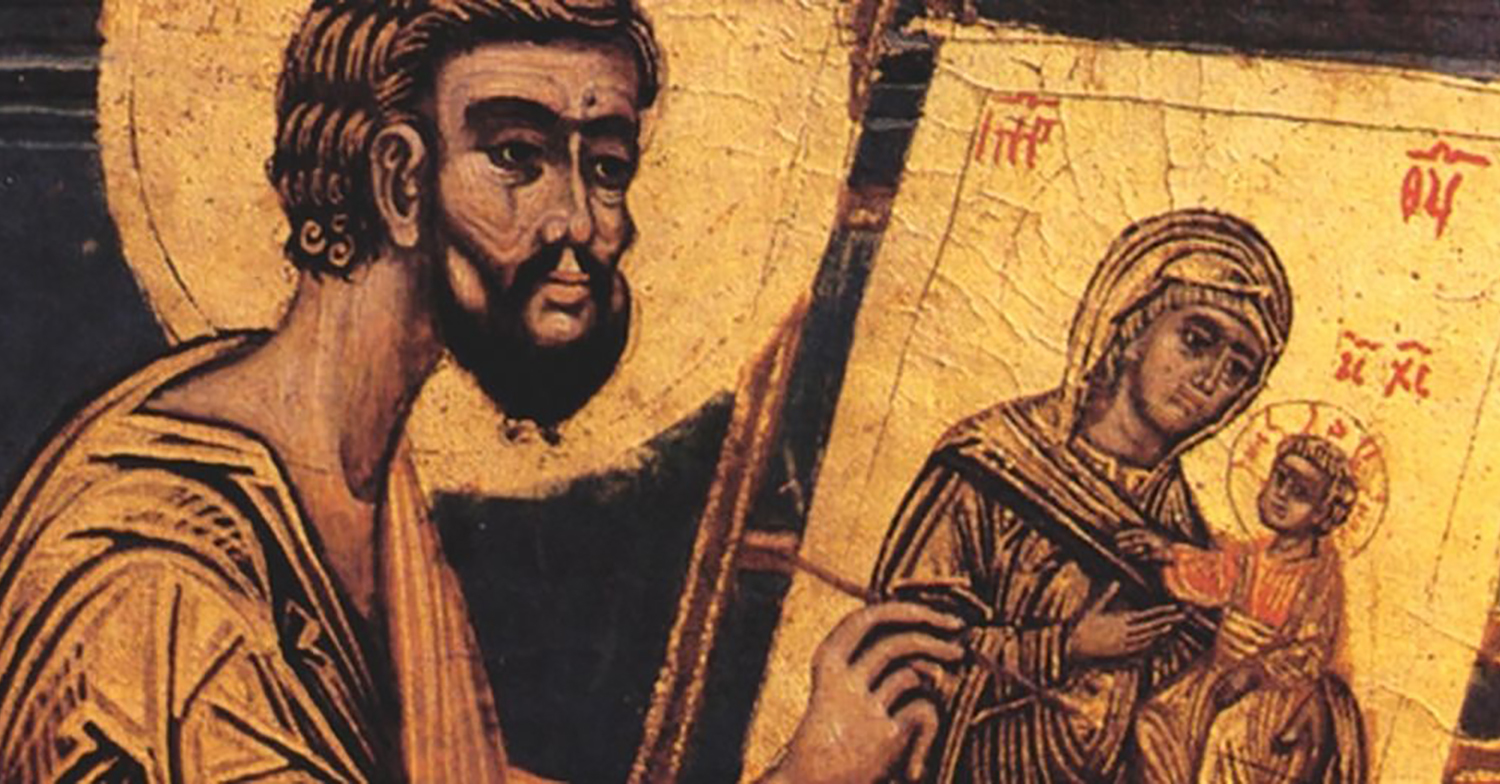 Several months ago, I was asked if I would write an icon of Saint Dymphna for someone who practices in the mental health profession.

I, of course, had never heard of such a saint. I agreed if only to learn more about this person and what her story was. And so, the journey began to get to know the figure I was about to write in paint and gold on wood.

Saint Dymphna (Daphne is a much easier translation of the name) died as a martyr around 650 A.D. in defence of her vow of chastity and her faithfulness as a devout follower of Christ.

Her story was first written down by Canon Aubert of Avranches in Cambrai, France in the 13th century as commissioned by the Bishop of Cambrai based on oral tradition and compelling stories of miraculous healings of those who were mentally ill that took place at the site where Dymphna was martyred. She was canonized in 1247. The story begins when Dymphna was born to a pagan king of one of the kingdoms in Ireland called Oriel. His name was Damon, but there is no record of his wife's name that we can find. His wife became a devout Christian, and had her daughter secretly baptized as well.

Unfortunately, King Damon's wife died when Dymphna was an adolescent, and the death of his beautiful wife became the unravelling of the king's mental state.  His courtiers urged him to remarry thinking it would bring stability to both Damon's life and the kingdom, so they set out to find a suitable wife for him. None were found to satisfy the king, nor were they as beautiful as his wife had been. His daughter, however, was.

King Damon fixated on the beautiful resemblance of his daughter to his dead wife, and insisted she marry him. Dymphna refused these unnatural feelings toward her, fled the kingdom, and went on a 1400 km journey with her priest-confessor St. Gerebernus and a handful of attendants, along with her financial resources, and boarded a ship to Antwerp, Belgium and then on to the town of Geel.

Eventually her father followed her trail - follow the money - and found her settled in Geel. By this time, she had built a hospice for the poor and sick, and had developed a reputation for her kindness and healing gifts in the community. Further refusing to marry her father, King Damon had her priest-confessor Gerebernus killed by his soldiers and, in a rage at her final refusal to marry him, he himself drew his sword and cut off Dymphna's head, while the soldiers executed those who remained of her small court. Dymphna died around the age of 15 years.

The short, sad life of Dymphna – losing her mother at a young age, fleeing the terror brought on by her father’s illness, and the eventual cruel death she suffered while standing firm in her vow of chastity and refusal to be in an incestuous relationship with her father, cost her her life. Her story has been impactful to me as I painted her sad image and think of many who continue to suffer in similar ways today.

Although Dymphna's story is submersed in the outward manifestations of mental illness, fear, incest and violence are also part of her story, and sadly for so many others as well.  It does not go unnoticed that as I write this, we are heading towards the global 16 Days of Activism against Gender-Based Violence (November 25 – December 10).

Today the community of Geel still honours the legend of caring for those with mental illness established by St. Dymphna in the 7th century. This unique community has taken care of those considered 'mad' for over 500 years by its citizens taking those in need of care into their homes and treating them not as patients, but as guests or boarders that continues to this day. Geel today has a world-class sanatorium dedicated to the pursuit of mental wellness and treatment and a church built and dedicated in her honour (the first was built in 1484 but burned down, and a second, larger church was rebuilt in 1532). We can safely attribute these to Dymphna's legacy in their community.

Dymphna's personal experience at seeing the horrific effects that mental illness had on her father, along with the embrace of the community in Geel and her faith in Christ Jesus gave her the courage and empathy to take care of those who needed the gifts of healing and wholeness for which she is remembered.

Take what you will from this story as fact or legend, her message of wellness and wholeness is one that we read time and time again in scripture given to us by the greatest of healers, our Saviour Jesus Christ. That is what we should take away from Dymphna's story.

Photo: Rev. Susan with the icon of St. Dymphna, October 2021