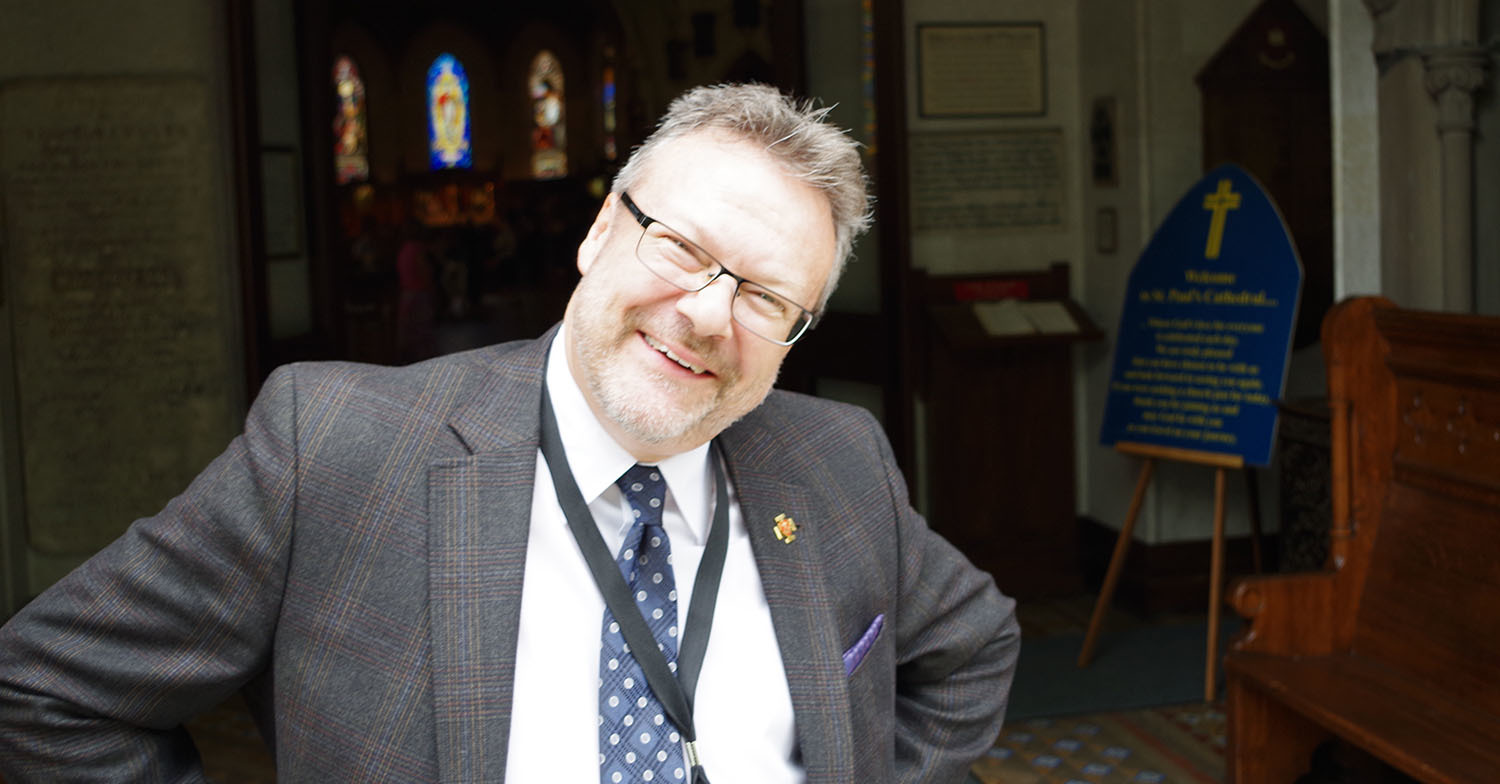 It has been much more than "crunching numbers for Jesus".

Paul Rathbone started his employment with the diocese in April 2001.

After two decades of service, he is certainly in a position to offer a unique perspective on the recent Huron's history.

When he started, there were 214 churches active in the Diocese of Huron and right now that number is down to 165.

"I must admit at times I have felt more like a realtor than a financial manager", says Paul and points out that achieving financial stability was paramount. It made all later diocesan investments in ministry initiatives possible, and he is certain that this approach has secured Huron's future.

In 2001 there was an accumulated deficit of approximately $80,000, recalls Rathbone. The diocese had started to feel the effects of litigation costs from the residential school lawsuits in the late 1990s. In the last decade, however, the diocese has received approximately nine million through the sale of its property. The important thing, says Rathbone, is that fifty percent of these proceeds is earmarked for the Huron Development Fund trust for investments of ministry initiatives in the diocese.

"This is certainly a healthy situation, not only financially", concludes Paul.

Paul Rathbone leaves his post with mixed emotions. The diocese has been a huge part of his adult life and he has enjoyed his time in Huron Church House.

"Through all of this time of financial reporting and managing the finances of the diocese, I have worked with a lot of unique and caring people", says Paul.

"They had faith and trust in me which was appreciated and valued; they largely left me to my management care of this place."

All the staff are too many to mention at this point, says Paul. Still, a few names pop up often while he reminisces about his twenty-one years in the diocese: his trusted associates Sarah Chase and Charlie Mungar, as well as Tanya Phibbs and Sue Tite.

"Working alongside them has given me great service, counsel, humour and joy over these many years", says Paul.

He has certainly made many good friends across Huron, and he hopes that these friendships will continue in the years to come.

"I am leaving for retirement early in my working life. I must say I am tired given all that has happened around me over the last few years. As many of you know, I lost my wife to cancer when we were both 54. It was three and a half years ago, but time is insignificant", reflects Paul appreciating the outpouring of support from his friends and colleagues.

"Many of your care for me when this happened in my life was very gracious and emotional to me. I retire now, as I never would have thought, without her by my side, which is truly hard and honestly gut-wrenching."

Paul's wife Kris loved the water and Lake Huron, and she spent much of her early childhood there.

"I have bought a cottage right on the water north of Port Albert in part of God’s true country. I did this as a testament and love for her. Time will tell whether I am there fully 12 months of the year, but certainly it will be for a very significant portion of that."

Paul plans to golf a lot more with his two sons and friends, and enjoy some fine spirits and sunsets on his water’s-edge deck.

"My grandkids in London will visit Poppa as much as they wish, and I can hope for lots of that."

His final words are those of thanks and gratitude:

"Thank you all again for your support of our beloved Church and for your service and support of me as I worked hard to steer our financial resources to do the work we are all so called to do."

Paul Rathbone will be honoured at our 2022 Synod as Canon Emeritus of the Diocese of Huron.